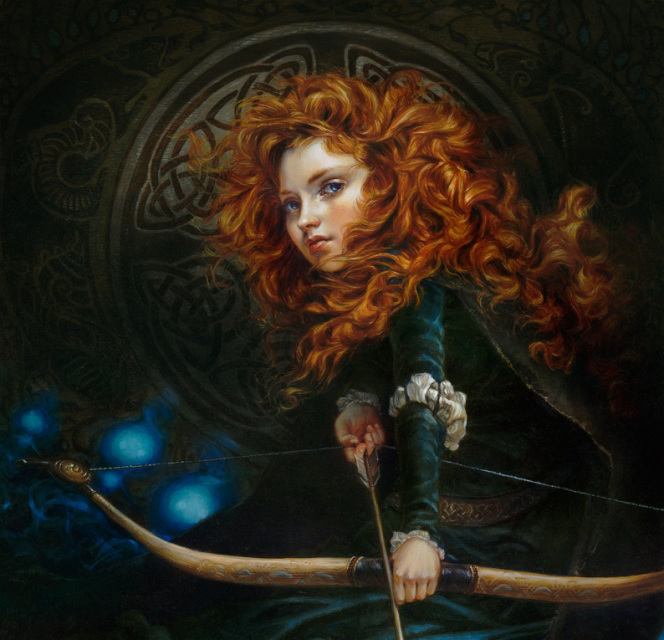 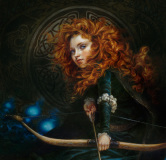 Merida’s bold, yet somewhat conflicted character from Disney’s Brave is the centerpiece of the painting Her Father’s Daughter, here in her iconic pose with  bow and arrow drawn and ready. Her audacious red hair alone is enough to capture the viewer, but if you look more closely at the woven tapestry that makes up the background, past the eternal Celtic knots representing her rich history, you can see the imagery symbolizing the clash of ideals she faces in her life. To the left is the image of the bear, representing her fate, or what “should be”, according to tradition, yet takes on both forms of pride and strife (Mor’du) and love (her  mother). To the right is the image of her horse, a symbol of her freedom and  individuality. They must find a way to balance each other out or risk having her world torn apart (also visually symbolized in the film by the tearing apart of the tapestry). Swirling behind her are the mystical will-o’-the-wisps that guide her as she finds her own story and where she fits into it.