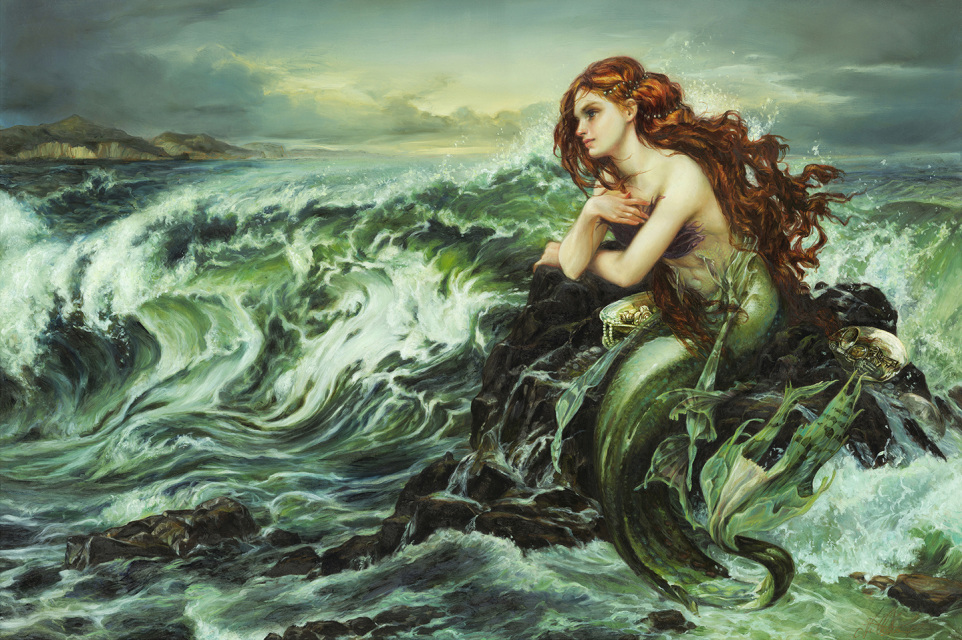 Drawn to the Shore

Drawn to the Shore is a portrait of Ariel, based on the Disney film, The Little

Mermaid and is a tribute to one of my favorite Pre-Raphaelite artists, John William

Waterhouse. I’ve always admired his paintings of nymphs and mermaids with their

This painting, however, is much more turbulent, focused on that moment that Ariel

in the ocean or risk leaving it for a life on land with the man she loves. After

rereading the original text and combining that with the Disney storyline, one

discovers that her decision is neither an easy one nor painless one, and the longing

and struggle is apparent in her expression. In the open shells beside her balance the

curiosity of what she’s collected with the importance they hold in her life. The

chess pieces she’s found are a King and a Knight, representing her father and her

Prince, respectively, and how she must decide between them at this point in the

story, all while in the midst of the constantly crashing waves that move the